Jeff, one of the core group of people involved in establishing Mary/Michael Pilgrims Way undertook part of the route across Dartmoor in the company of his wife Rach and their dog Coco. Setting off on Friday 19th August from Brentor, they made the most of the opportunities for wild camping on the open moor stopping the first night near the river L 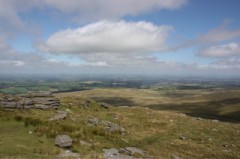 yd and the second in The West Okement valley. 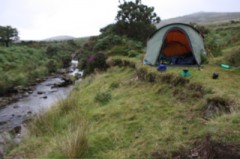 Their journey concluded at Fitz’s Well. Jeff has written more extensively about the experiences of the pilgrimage in an article which will form part of the first newsletter which will be sent out to supporters of the project later in the autumn.