A route across Bodmin Moor 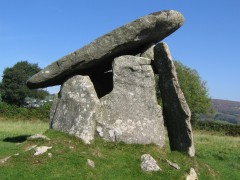 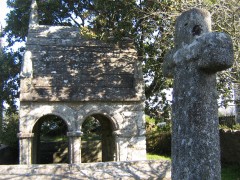 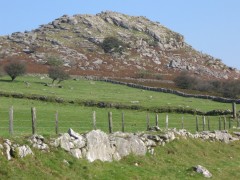 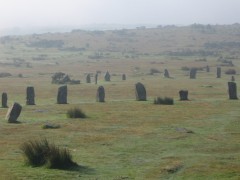 The Hurlers stone circles on a misty morning

With the weather set fair, I made the most of the Indian summer at the beginning of October to explore some of the wild landscape of Bodmin Moor and identify the most suitable route for the pilgrimage. The peaceful, riverside campsite at Trenant was my base, from where I walked east and west between St Neot and North Hill.

There were some inspiring and powerful places along the way as well as interesting meetings. In the church at St Neot with its exquisite medieval stained glass two local members of the Confraternity of St James, which supports pilgrims walking to Santiago de Compostella had read of our project in the Confraternity’s latest bulletin and bade me Bon Camino! the traditional greetings to pilgrims on the way.

Bodmin Moor is richly endowed with holy wells and wayside crosses as well as the churches along with ancient burial chambers, stone circles and standing stones, within a landscape of  fast flowing rivers in wooded valleys, rolling hills and the austere beauty of the open moors. It will form a significant part of  Mary/Michael Pilgrims Way through Cornwall.

I will include more photographs of this part of the route in the galleries section in due course.