The visit of Prince Charles

Yesterday, Prince Charles (perhaps unwittingly) was on the route of Mary/Michael Pilgrims Way, both during his visit to Stoke St Gregory and when he stood on Burrow Mump surveying the scenes of flooding that have submerged much of the Somerset Levels and with it parts of our pilgrimage route. 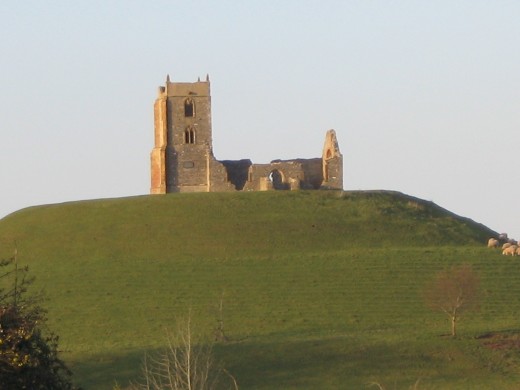 The inundation of this winter must be a trial for those affected, but it is also a reminder of some of the rich history and mythology of this part of the county which is to some extent tied to its susceptibility to flooding. One possibility is that the name Somerset derives from the Old English “Sumersaete” or summer farmstead, which refers to the traditional practice of bringing livestock onto the lush grassland left after the winter floods had receded.

King Alfred sheltered in the watery refuge at Athelney,  before re-emerging to defeat the Danes at the Battle of Edington. After the victory, the Danish King Guthrum was brought back to be baptised a christian at Aller, a short distance from Alfred’s former haven.

The “fen fastnesses” of the levels stretches on beyond Glastonbury which was at one time an island standing within an inland sea. This is a significant factor in the whole mythology of Avalon and in particular the stories of Joseph of Arimathea with which Glastonbury is associated. 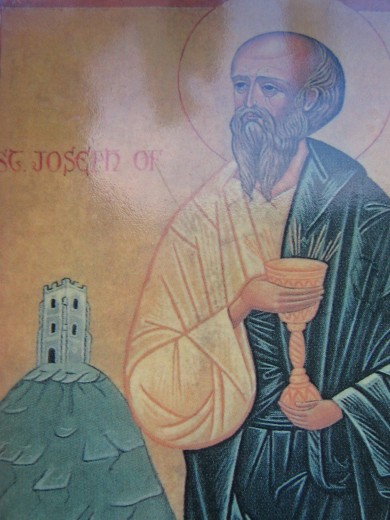 As a merchant Joseph is said to have been familiar with the area, trading in metals mined from the nearby Mendip Hills. After the crucifixion the legend describes his return to Glastonbury with the Chalice/Grail which held the blood and sweat of Christ. On stepping onto land at Wearyall Hill, his staff rooted and he was inspired to build the first church nearby.

Prince Charles made a shorter journey by boat today, to reach the cut off community of Muchelney but his doing so replicated the mode of travel favoured by the Abbots of Glastonbury who for centuries reached their remoter land holdings on the Levels by water. Reliable road links to Glastonbury came rather late in the day.

By the time of our Michaelmas pilgrimage to Glastonbury in September which will take us across the Levels, I’m confident the floods will have receded and that we will not need to paddle our way to Glastonbury. This will be our last trip of the season and the first time we have led a group along this section of the route. I think it will be a memorable experience, enhanced by the new choice of paths we will be following south of Taunton away from this busy urban centre.

Some spaces are still available if you are interested in joining us. I’ve yet to hear if Prince Charles will be coming. 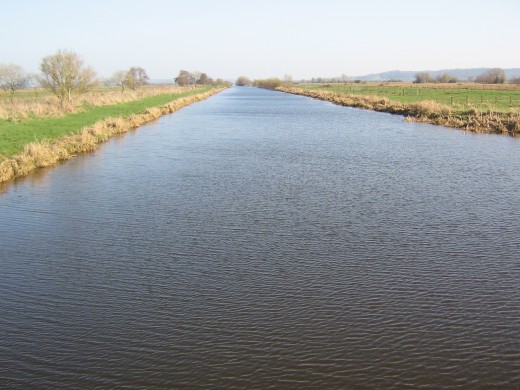